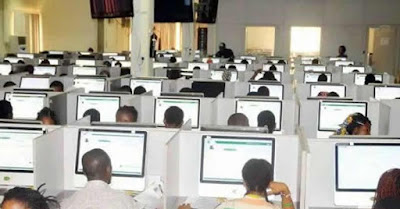 The Registrar, Joint Admissions and Matriculation Board, Prof. Is-haq Oloyede, has said there will be no rescheduling of examination for any Unified Tertiary Matriculations Examination’s candidates who came late for the examination.

He also said JAMB had delisted and blacklisted six Computer-Based Test centres in the ongoing 2020 UTME for various technical hitches.

Oloyede, who disclosed this in an exclusive interview with our correspondent in Abuja, added that the affected candidates in the delisted centres had been redistributed to other centres.

He, however, insisted that there would be no make-up examination for latecomers to the UTME centres.

“But once we have finished the screening, officials will now go and push the examination (from the JAMB server). So, we cannot re-push the examination because of one candidate who came late. So, your coming late to an examination is at your own risk; you created it and we have no apology for it.

“In our own days, in the previous day, you would have gone to the centres to see where you were going to take your examination. So, there is no apology for this. A parent also called me that he was at the venue of the examination and his son decided to rest in the car and so, he slept off. What is my problem with that?

“So, if you are catching a flight and you decided to sleep off. Will you stop the plane from taking off or you will ask the plane to come back? No, you will wait for the next flight. And for us, the next flight (session) is next year.”

Oloyede added that it had now conducted examination for 1.3 million candidates as of Thursday out of about 1.9 million that registered for the UTME.

He noted that some of the delisted centres were in Oyo, Imo and Gombe states.

The registrar said, “We have 666 Computer-Based Test centres and so far, only six of them were not able to perform. And of course, we have delisted them and we have blacklisted them and so I think, six delisted centres out of 666 centres are not too bad.

“The candidates in those centres have been immediately redistributed. They were told at the venues that these centres had failed and they were therefore moved. Some of the six centres were in Oyo, Imo, Gombe and the likes. So far, we have assessed more than 1.3 million out of the 1.9 million that registered. So, we are steady.”