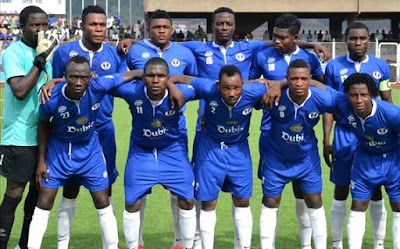 The Federal Government has announced the suspension of all football activities in the country in the wake of the coronavirus outbreak.

This was contained in a letter signed by Director, Federation Elites Athletes Department in the Ministry of Youth and Sports Development, Tayo Oreweme, and addressed to presidents and secretaries general of national sports federations on Wednesday.

The order comes a day after the FG also postponed the 20th National Sports Festival, which was billed to start in Edo on Sunday.

“In the effort to further ensure safe health and wellbeing of all athletes and sports-loving Nigerians at large, I am directed to inform you that all National Sports Federations should suspend the organisation and/or participation in all national and international competitions, including qualification tournaments for the Tokyo 2020 Olympic and Paralympic Games.

“Any federation that deems otherwise must seek express approval from the Office of the Honourable Minister.

“You are therefore advised to strictly comply with these directives until when the COVID-19 outbreak is put under control,” she said.

In the same vein, the Nigeria Football Federation has postponed all football activities in the country for four weeks.

The statement, which was released by the Media Department of the NFF on Wednesday, said all football activities including street football, would be put on hold.

“The Nigeria Football Federation has announced the cessation of all forms of football activities in the country for the next four weeks, as a result of the global coronavirus pandemic.

“According to the country’s supreme football –governing body, the shutdown affects all on-field activities the various National Teams, the Nigeria Professional Football League, the other Leagues, youth football programmes and even street football,” the statement read in part.

The federation also advised everyone to observe safety precautions as advised by the Federal Ministry of Health and the Nigeria Centre for Disease Control.

According to the NFF only the investigation committee into the death of Nasarawa United defender, Chineme Martins would be the only football activity allowed to hold.

The committee would submit their report within the next 10 days.

The LMC announced the decision via a statement published on their website.

“NPFL has been suspended till further notice in line with global health preventive protocol against the coronavirus disease.

“In suspending remaining league matches, the LMC said it would review the decision after consulting the nation’s health authorities, namely, the Federal Ministry of Health and the NCDC,” the statement said.