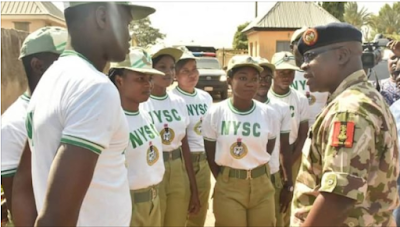 Beyond the medical implications of COVID-19, the novel coronavirus which broke out in Wuhan, China, in December 2019, there are also social and economic consequences. Several events and activities across sectors have either been cancelled or postponed over fears of the disease.

From academic institutions to entertainment shows, the disease is grounding events worldwide. Public gatherings have been banned in many places while schools have been shut down.

Nigeria has recorded eight cases of COVID-19 so far. In a bid to curb the further spread of the disease, the federal government placed a travel ban on 13 countries, including China, the UK and the US.


It also banned public officials from foreign trips while advising Nigerians to cancel all travels abroad, especially to high-risk countries.

Here are some of the events suspended owing to the coronavirus.

Tagged Edo 2020, President Muhammadu Buhari, on Tuesday,  approved the postponement of the national sports festival (NSF) as a precaution against the spread of coronavirus in the country.

Sunday Dare, minister of youth and sports development, who disclosed the president’s decision, said the event will be held at a “future date”.

The sports festival was scheduled to take place from March 22 to April 1, 2020.

The League Management Company (LMC), the organiser of the NPFL, disclosed the development on Wednesday.

The Nigeria Football Federation (NFF) had also announced the cessation of all forms of football activities in the country for the next four weeks to prevent the spread of the virus.

Lagos, Kwara and north-west states announced the closure of schools effective March 23 to reduce the exposure of students and teachers to the disease.

Six of the eight confirmed cases in Nigeria are in Lagos. No case has been recorded in the north though some patients underwent test which turned out negative.

The management of the National Youth Service Corps (NYSC) on Wednesday suspended the ongoing orientation exercise at all camps nationwide to curb the spread of coronavirus.

It asked corps members to proceed to their places of primary assignment without the regular camp protocol.

The orientation exercise is a mandatory three-week programme that is undergone by corps members at the start of the scheme.

Lagos state government banned religious gatherings of over 50 people while Ogun state banned all gatherings higher than the same number.

Following the ban, the Redeemed Christian Church of God (RCCG) directed all its parishes in Lagos and Ogun states not to have more than 50 persons in one service.

The Ansar ud deen Society of Nigeria on Thursday also announced the suspension of “mosque activities particularly weekly Asalatu, Jum’ah prayers and any gathering of up to fifty people”.

“The postponement became inevitable because of the coronavirus pandemic and the uncertainties surrounding the nature of the spread of the deadly virus in the country. Public health experts have urged social distancing as an effective means of curtailing the spread,” Austyn Ogannah, OPAN president, said in a statement on Wednesday.

Nigerian Muslims will not be able to participate in umrah (lesser hajj) in Saudi Arabia since the country suspended the issuance of visa to pilgrims wishing to perform the religious rite over fears of coronavirus.

The International Monetary Fund and World Bank Group had announced that the spring meetings scheduled to take place in April will be held virtually.

The meetings assemble delegates from at least 189 countries, including Nigeria, was scheduled to take place in Washington.