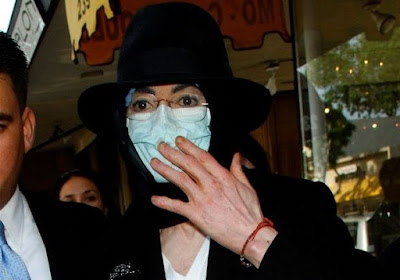 Matt Fiddes, a former bodyguard of Michael Jackson, late ‘King of Pop’, says the singer always wore a face-mask to public places because of his fears of a coronavirus-like pandemic.

In a chat with UK Sun, Fiddes claimed that the pop star, during one of his world tours, had realized that there was possibility for a virus like COVID-19 to spread across the globe.

This, according to him, was what incited Jackson to always wear a facemask despite the ridicule that came with it.

“He knew that a natural disaster was always there. He was very aware and would always predict that we could be wiped out at any time. That a germ that could spread,” he said.


“So he would go through four countries in one day sometimes and he was on airplanes with people all the time.”

Fiddes, the Britain bodyguard who looked after the singer for a decade, said he’d jokingly ask Jackson not to wear the facemask but the singer would always get irritated that “people didn’t take him seriously.”

“He would say, ‘Matt I can’t get ill, I can’t let my fans down. I’ve got concerts coming up. I’m on this earth for a reason. I mustn’t damage my voice,” he added.

Asked what Jackson would say about COVID-19 outbreak if he was alive, Fiddes said: “I know exactly what he would say to people now and that’s it. I told you so.

“Then he’d be moaning that no one is listening to him because when he used to say stuff like that people didn’t take him seriously, they used to call him ‘Wacko Jacko’ and all this stuff.

“But you don’t get to be the biggest superstar in the world and not be intelligent.

“That guy was super damn intelligent. But I knew him.”

Jackson is believed to have died of acute propofol and benzodiazepine intoxication in 2009 at his Los Angeles home.

Recall that in 2019, the Los Angeles detectives, who probed his case, had claimed that the late singer’s death was more than a case of drug overdose.