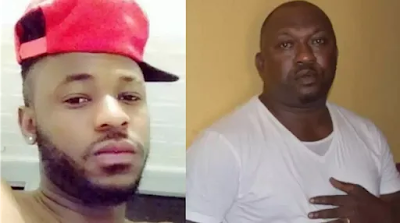 A pathologist, Dr Oluwaseun Williams, on Thursday, testified before an Ikeja High Court that Kolade Johnson, a 35-year-old football fan allegedly killed by a policeman at the Mangoro area of Lagos, suffered six gunshot injuries.

The News Agency of Nigeria reports that Williams testified while being cross-examined by defence counsel, Mr Abayomi Omotubora, at the trial of Ogunyemi Olalekan, a dismissed police inspector accused of murder.

Williams, the sixth prosecution witness, is a Consultant Pathologist at the Department of Pathology and Forensic Medicine, Lagos State University Teaching Hospital.

The witness, who said that he had practised pathology for 10 years, interpreted an autopsy report (Exhibit D2) during the cross-examination.

“The injury on the left hemiscrotum was an abrasion which could be from anything and the second hand injury was not related to injuries caused by gunshots.

“Six of the injuries were related to the penetrative missiles. The injuries on the thigh were through. There are features that are suggestive that they were caused by firearm missiles.

“We counted six injuries identified as firearm injuries,” he said.

“The anterior defects in the right hemiscrotum and thigh had dark burn edges caused by something hot and penetrative at the same time which is suggestive of a bullet,” he added.

The pathologist said a wound on the deceased’s left hand was a gunshot injury while the injury on the right hand was a laceration.

“In this case, the cause of death was gunshot injuries,” Williams told the court.

Earlier, while being led in evidence by the Lagos State Director of Public Prosecutions, Mr Yhaqub Oshoala, Williams narrated how he carried out an autopsy on April 10, 2019, on Johnson’s corpse.

He said prior to the autopsy, the body of the deceased was identified by the Investigating Police Officer from the State Criminal Investigation Division, Panti, Lagos.

Williams said as part of the autopsy, verification of all relevant documents and coroner’s papers was done and the body was identified via a name tag.

He added that forensic photography of the corpse was conducted.

“The clothing was examined for defects and, in this instance, it was blood-soaked. The contents of his wallet which included ATM cards and a slip, which I believe was a football betting slip, were removed.

“We removed the clothing with the assistance of our morticians and it was released to the family of the deceased. We did a thorough examination of the body – front and back.

“We were able to identify multiple defects both anterior and posterior on the right lower limbs. A further examination of these defects revealed injuries with round burnt edges which are suggestive of firearm injuries or gunshot.

Williams said Johnson’s right femoral vessel which supplied blood to the lower limbs were totally separated and destroyed by bullets which penetrated his front thigh and passed through the back of his thigh.

Williams said on conclusion of the autopsy, his team prepared an interim report for the IPO of the case, adding that the original copy of the death certificate was issued to Johnson’s family.

Justice Adenike Coker adjourned the case until March 19 for the continuation of trial and ordered that Olalekan be further remanded at the Ikoyi Correctional Facility.

According to the prosecution, Olalekan, who worked with the Special Anti-Cultism Squad of the Nigeria Police, committed the alleged murder at 5.10 p.m. on March 31, 2019, on Onipetesi Estate, Mangoro, Lagos State.

NAN reports that Section 223 prescribes a death sentence for anyone convicted of murder.