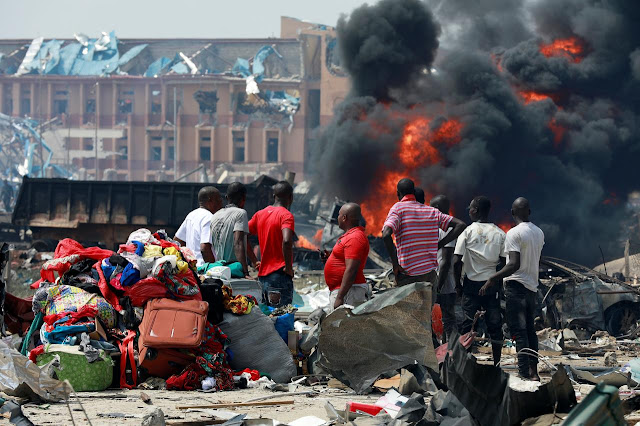 Three more corpses were recovered on Monday by emergency responders combing the buildings affected by the explosion that rocked Abule-Ado in the Amuwo-Odofin Local Government Area of Lagos State.

The corpses were recovered from the rubble of some of the collapsed buildings on the Bethlehem Girls College in Abule-Ado.

Officials of the school confirmed the identity of the corpses to be workers of Bethlehem Girls College.

The corpses consist of two females and one male

It can be recalled that hundreds of residents in the area had been rendered homeless as the explosion destroyed their homes.

Some of the residents were seen parking their belongings from the rubble.

The state Chairman, Nigerian Red Cross, Adebola Kolawole, while speaking at the scene of the incident, said, “Three corpses have been recovered.”