Keri Hilson opens on coronavirus not being rampant in Africa 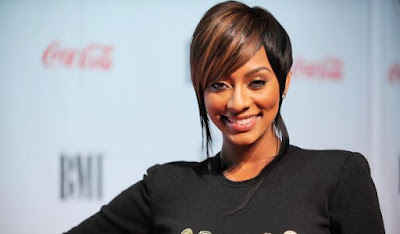 Keri Hilson, American singer,has averred that coronavirus crisis has not been rampant in Africa because the continent is not a 5G region.

In series of posts shared on her social media page on Monday, the award-winning singer noted that the launch of 5G network on Nov 1, 2019 facilitated the outbreak of the killer virus globally.

Keri claims that the presence of melanin, a skin pigment, said to be common among people with black skin, was due to its low spread in Africa were untrue.

“Why do you think the virus is not happening in Africa like that? Not a 5G region. There may be a few bases there, but not as prevalent as other countries. It has nothing to do w/ melanin (for those theories),” she wrote on Twitter.


“And to be clear, I’m saying there have been lots of studies & experiments that point to the possibility that the dangerous levels of electromagnetic radiation (5G) could be causing the contagious virus.”

Keri added that Bill Gates alongside other research organisations had warned against the invention of 5G network some years ago, but such warnings were not heeded.

“In a 2019 Netflix Documentary, Bill Gates himself warned of a global health pandemic that would originate in China,” she also wrote on Instagram.

Researchers & organizations have done studies, made petitions, and issued warnings of the dangers of 5G over the past few years. A quick search will produce them. Residents of Australia have filed assault charges against phone companies—and won.”