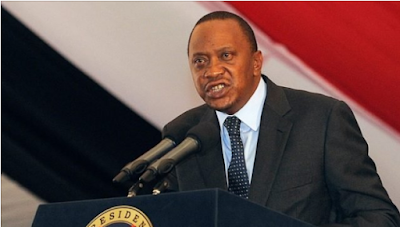 President Uhuru Kenyatta of Kenya has announced that he is taking an 80 percent salary cut alongside the vice-president to help fight the coronavirus pandemic.

Speaking at a press briefing on Wednesday, Kenyatta also announced members of the federal cabinet would have their salaries slashed by 30 percent.

He added that salaries of chief administrative secretaries and principal secretaries would also be reduced by 30 percent and 20 percent respectively.

He said the salary cut was voluntarily agreed upon by him and the officials, and that the measure is aimed at making more funds available to help Kenya manage the pandemic.


The country has 28 confirmed cases of the virus as of Wednesday.

Kenyatta further announced a raft of other measures meant to cushion the effect of the pandemic, including a 100 percent tax relief for all Kenyans earning below Ksh24,000.

He said his administration also decided on a 25 percent tax relief for other workers, as well as a reduction of the Pay as You Earn (PAYE) tax rate from 30 percent to 25 percent.

As of Wednesday, there were 2,475 cases of the coronavirus across 46 African countries, with 64 deaths recorded.

Nigeria has so far recorded 46 cases of the infection while one person have died.