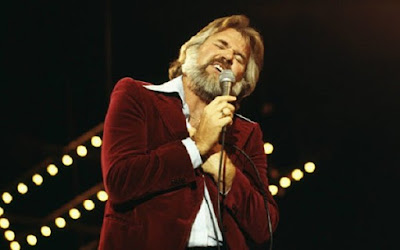 Kenneth Rogers, a Grammy award-winning Amerian singer better known as Kenny Rogers, has passed on at 81.

The record producer, who was renowned as a country music icon, was said to have died on Friday from what was described as “natural cause” while at his home in Sandy Springs, Georgia.

Keith Hagan, the singer’s representative, who broke the news to the public, said the family is now planning a private service towards his burial out of concern for the coronavirus pandemic.

He said a public memorial will later be held to celebrate the late musician’s life and legacy.

“Rogers passed away peacefully at home from natural causes under the care of hospice and surrounded by his family,” Hagan’s statement read in part.

“Kenny Rogers left an indelible mark on the history of American music. His songs have endeared music lovers and touched the lives of millions around the world.”

Rogers had made a name for himself with his chart-topping hits including ‘The Gambler’, ‘Lady’, ‘Islands In The Stream’, ‘Lucille’, ‘She Believes In Me’, ‘Through the Years’, among others.

He was a member of the Country Music Hall of Fame, a six-time CMA Award winner, three-time Grammy winner, and a recipient of the 2013 CMA Willie Nelson Lifetime Achievement Award.


Country Music has lost the great Kenny Rogers, who has forever left a mark on Country Music's history. His family and friends are in our thoughts during this difficult time. pic.twitter.com/tKPXUXU2kp
— CMA Country Music (@CountryMusic) March 21, 2020