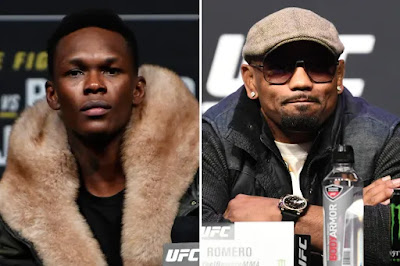 Yoel Romero has never been stopped in his 13-fight UFC career. Israel Adesanya wants to change that.

Romero has proven to be a tough out throughout his career. The 42-year-old Cuban has lost just three times inside the UFC octagon, with all three losses by decision. A perennial title contender, Romero has become known for his erratic and violent style of fighting and is thought by fans and pundits to be an opponent fighters in the division only face if they have to.

“He’s the guy no one wants to fight,” Adesanya said.

Adesanya requested a fight against Romero when consensus title challenger Paulo Costa was ruled out of action with injury late last year. There were layers to requesting Romero as an opponent, one of which being the fact Romero is an Olympic silver medal-winning wrestler and could pose a test unlike any other Adesanya has faced inside the octagon.