How it spreads, symptoms, treatment… all you should know about hantavirus 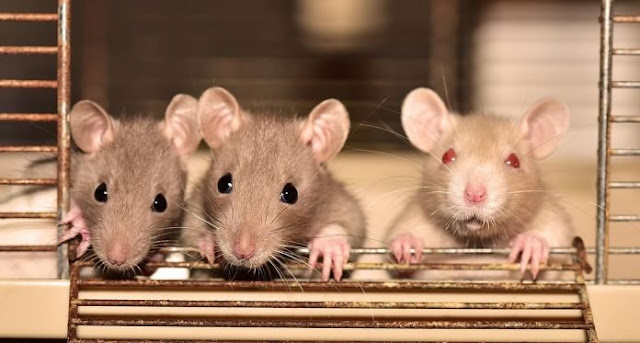 While the world is still grappling with COVID-19, which has claimed lives in thousands, another virus broke out in the Asian country, killing its first victim in the already embattled nation.

Coronavirus had hit the Chinese city of Wuhan in December 2019. But what had only infected a handful of stallholders in a seafood market gradually became a pandemic, ravaging more than 170 countries; infecting nearly 400,000 people; and killing over 17,000 patients in a global emergency.

In the wake of the coronavirus crisis, hantavirus, a rodent-borne disease, had on Monday claimed a man’s life in China’s Yunnan province. This prompted health officials to place 32 others on scrutiny as they had ridden on the same bus with him.

Unlike COVID-19, however, health sources have stated that person-to-person spread of hantavirus is extremely rare as the disease can mostly be transmitted on condition of close contact with an infected patient.

From symptoms to how it spreads, here’s what you need to know about the hantavirus.

Hantavirus is a family of virus spread mainly by rodents — just like Lassa fever. However, they can cause varied disease syndromes worldwide. Hantavirus in the some parts of the world are known as new world hantavirus and may cause hantavirus pulmonary syndrome (HPS).

HPS is marked by flu-like symptoms, such as fever, cough, myalgia, headache, lethargy and shortness of breath, which rapidly deteriorates into acute respiratory failure. It is characterized by the sudden onset of shortness of breath with rapidly evolving pulmonary edema. It’s often fatal!

While some other types of hantaviruses have not been associated with any known human disease, another group — known as old-world hantaviruses — are found mostly in Europe and Asia and may cause hemorrhagic fever with renal syndrome (HFRS).

How does it spread?

Hantavirus normally infects rodents but don’t cause illnesses in them. However, humans may become infected with the virus through contact with rodent urine, saliva, or feces.

“Rodent infestation in and around the home remains the primary risk for hantavirus exposure. Even healthy individuals are at risk for Hantavirus pulmonary syndrome (HPS) infection if exposed to the virus,” the Centre for Disease Control and Prevention (CDC) wrote on its website.

The virus is mainly transmitted to people when they breathe in air contaminated with the virus.

“When fresh rodent urine, droppings, or nesting materials are stirred up, tiny droplets containing the virus get into the air. This process is known as ‘airborne transmission’,” CDC added.

What are the symptoms of hantavirus?

According to the CDC, the incubation time for the hantavirus is not really known. But, on the basis of limited information, it appears symptoms tend to develop between one and eight weeks after exposure to fresh urine, droppings, or saliva from infected rodents.

While half of HPS patients experience these symptoms, CDC puts the mortality rate of hantavirus at 38 percent as it can be fatal. Note that diagnosing HPS in the first few days of being infected can be difficult as the disease can often be confused with influenza due to the similarities in symptoms.

Is there treatment for the virus?

CDC states that there’s no specific treatment option, cure, or vaccine for hantavirus but patients have often done better when they are diagnosed early and admitted for medical care in an intensive care unit, where they’re given oxygen therapy to help them through respiratory distress.

“However, we do know that if infected individuals are recognised early and receive medical care in an intensive care unit, they may do better. In intensive care, patients are intubated and given oxygen therapy to help them through the period of severe respiratory distress,” CDC said.

Other sources have recommended that patients seek immediate medical attention when they report symptoms that are consistent with this disease — especially deep muscle aches, severe shortness of breath, and fever. This is strongly advised if the individual has a history of being around rodents.

Because one may not be able to tell what rodent is infected and which isn’t, the best approach is to keep all rodents out. Disinfect and clean surfaces smeared with rodent urine or droppings while wearing gloves. You should also properly wash your hands thereafter.