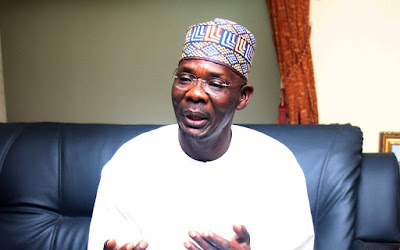 Sule disclosed that Ganduje sought his approval for Sanusi to be banished to Nasarawa State.

But a Federal High Court in Abuja last week Friday ordered the former Emirs release after he was visited by the Kaduna State Governor, Nasir El-Rufai.

However, Governor Abdullahi Sule while addressing journalists in Lagos State yesterday explained that Sanusi was banished to Nasarawa State because the state was a border state between the North and Southern part of the country.

Sule said: “Immediately he was dethroned, the governor of Kano called me and said, we have just dethroned the Emir and we are thinking about relocating him to Nasarawa; If you will accept him. I said I will be more than happy to accept him.

“The message was all over the social media that Emir Sanusi II was dethroned.”

“I did not check because I was busy, but when the Kano Governor called, my aid brought the phone to me in a meeting. So as a senior governor and a second-term governor, and someone I respect, I stepped aside to answer his call.”

“The whole world knows they were having problems, but I did not know it will lead to this. When he told me the emir has been dethroned, I never said a word about it; whether it is good or bad or why. How can I say I will not accept Sanusi Lamido II, never.