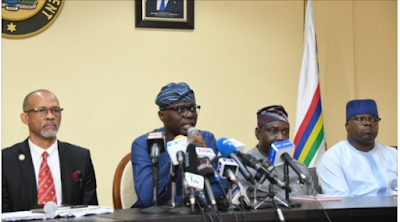 The Lagos state government has banned religious gathering of over 50 worshippers amid the outbreak of coronavirus.

Anofiu Elegushi, the state commissioner for home affairs, disclosed this at a meeting with religious leaders on Wednesday.

Present at the meeting were Alexander Bamgbola, chairman of the Christian Association of Nigeria (CAN), and Suleiman Nolla, grand chief imam of Lagos.

Gbenga Omotoso, commissioner for information, had earlier said the government would suggest to religious leaders to suspend large gatherings.

“We are all aware that the federal government asked the National Youth Service Corps to shut down orientation camps; yesterday, the commissioner for home affairs said there will be a meeting with religious leaders today,” he had said.

“It is going to be suggested to them to maybe stop Friday and Sunday services – wherever we have large gatherings… I am sure they will be advised to shut down the services in the interest of the public and all of us. I am sure they are going to comply.”

Some countries, including Saudi Arabia and Ghana, have warned against congregational prayers as a means to tackle spread of the virus.

On Tuesday, Nigeria confirmed the third case of the virus through a 30-year-old Nigerian who came into the country on March 13 through a British Airways flight.

Additional five cases were recorded on Wednesday; the patients having a travel history to the United Kingdom and the United States.

Several actions have been taken globally to contain the spread of the virus.

The federal government has placed a travel ban on 13 countries, including China, the UK and the US.