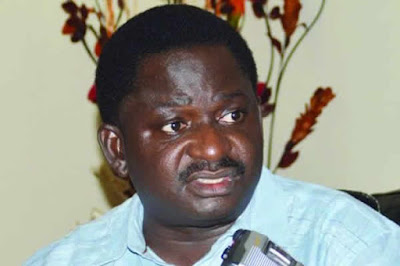 The Special Adviser to the President on Media and Publicity, Mr. Femi Adesina, has defended the decision of the President Muhammadu Buhari not to address Nigerians daily amid the raging COVID-19 pandemic.

The President’s aide said this while responding to a question on why the President had not been briefing Nigerians like the way other world leaders engage their citizens.

On why the President doesn’t brief Nigerians, he said, “It is a matter of style. If you go back to school, you will remember stylistics class we were told that style is idiosyncratic which means it differs from person to person.

When asked why the President didn’t delegate during the 2019 Presidential campaigns, Adesina said campaigns could not be compared to running a country.

Adesina said, “They are incommensurate. Campaign is campaign. This, you cannot parallel with a campaign. You cannot compare it with a day to day affair of the country. If it becomes imperative for the President himself to speak, he will speak. But the President’s style is when he gives you an assignment, he leaves you to do it.”

He said he had not seen Kyari for days and he could only vouch for the health status of the President.

Adesina added, “I have not seen him (Kyari) for a couple of days so I wouldn’t be able to tell you that this is how he is. If you ask me about the President, he was still in his office yesterday and I can tell you yes, the President is doing fine.

“You also need to remember that it is a question of ethics. If the health minister who is a reputed medical doctor came out to brief you and he didn’t mention names, it tells you it is in the realm of ethics. Anybody, who is passing through a health condition, is the one that can authorise that it can be revealed.

“Nobody else, not even a doctor treating that person dare release it, otherwise he would be breaching the ethics. So, Prince Charles, for instance, tested positive and he revealed it and a statement was issued to that effect. He authorised it. Our Vice-President tested negative and he disclosed it and his media aide did so. So, that it is the way it is done ethically.”