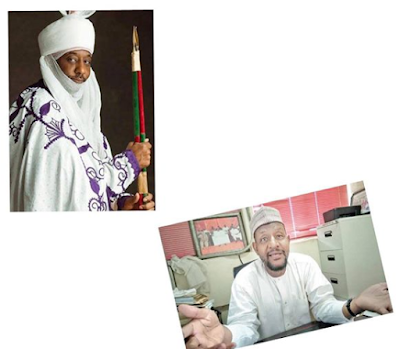 Labdo, in an interview, told Daily Trust that Sanusi involved himself in politics during the last general elections. This, he said, was against the custom of the emirate.

“It is unfortunate that the emirate is being played with by politicians, but Sanusi invited this to himself. He is too vocal against the custom. Traditional rulers have ways of contributing to governance not publicly,” he added.

He also accused the dethroned emir of trying to introduce “western things” into the emirate.

“He is pro-women against men. He told women to retaliate if their husbands slapped them. This is against our culture in Africa. He is too blunt; he talks without considering the feelings of his people,” he said.

The dethroned emir was sent to Nasarawa State on exile.

Hours after his removal, Sanusi II was flown to Nnamdi Azikiwe International Airport in Abuja from where he was driven to Loko in Nasarawa State.

A credible source who spoke to him said the former emir was not visibly ruffled despite the situation he found himself. “He was very, very calm,” the source said, adding “I spoke with him…He appeared normal, he told me all is well; he said he has submitted his fate to his Creator.”