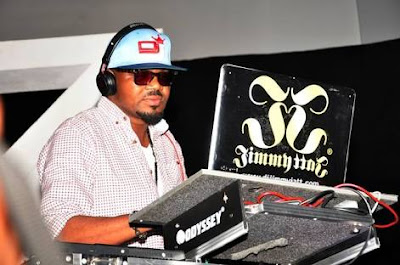 The 53-year-old entertainer disclosed this while decrying the downgrading of DJ’s in the country.

He stated that event planners and music consumers are culpable in this regard, adding that fans often give all attention to artistes while showbiz moguls accord their fortunes to those in the frontline.

According to him, there’s a need for show business stakeholders to begin to realize that, behind any successful artiste or project are a team who’s creative contribution is equally important.

“People tend not to regard the fact that, for every guy you see in front, there’ll be a team of people in the back. For every striker, there are ten other players including the goalkeeper.

“They just celebrate the striker. When you look at the entertainment scene, you probably tend to look at the artistes themselves, the actors playing lead roles and all.

“But, for those people to get to that point, there’s a team of others that have to perform certain tasks. I think we have to regard that. It’s the problem of our music industry.

“People want to celebrate the artiste as they break into the limelight, not considering that there are a lot of factors. DJs, dance. promoters, the media, event planners are all playing a role.

“That’s why I’ll always feel like the entertainment or music industry, the weakest link, for now, would be the DJs. Few of us may be lucky because we built a brand, he told Hip TV.