Despite the outbreak of Coronavirus, Nigerian doctors go on indefinite strike 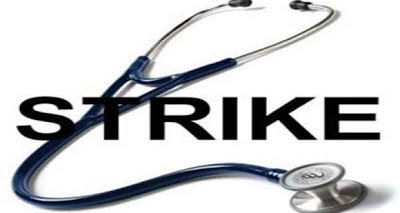 As different countries of the world pool resources to combat the coronavirus crisis, doctors in the Nigerian capital, Abuja, on Tuesday announced they were proceeding on an “indefinite strike”.

The Association of Resident Doctors (ARD), Abuja chapter, announced their decision about an hour after the third case of Covid19 was confirmed in Nigeria’s commercial capital, Lagos.

The doctors said they deliberated extensively on the health threat posed by the coronavirus scare, their work conditions, and patient care before arriving at the “difficult decision.”


In a statement signed by its president, Roland Aigbovo, the association said the mass action followed the failure of the FCT administration to pay them their basic salaries for more than two months.

Mr Aigbovo said their members have been thrown into financial distress due to the nonpayment of their salaries and despite repeated warnings and ultimatum, nothing has been done by authorities.

He said there has been salary irregularities and shortfalls since the migration to the Integrated Personnel and Payroll Information System by the FCTA.

Association of Resident Doctors (ARD), Abuja chapterThe union leader said other health workers who are also affected by the salary shortfalls will join the mass action within 48 hours if their demands “which are the same with ours are not met.”

The Lagos State Ministry of Health on Tuesday confirmed the third case of coronavirus in Nigeria.

Akin Abayomi, the Lagos State Commissioner for Health, broke the news to journalists at the government secretariat Tuesday morning.

“This is a new case independent of the index case of a 30 year-old Nigerian, female, who returned from the UK on 13th March,” the commissioner said.

Although Nigeria has so far recorded three cases of the virus, only two are active. The second case, linked to the index case, later tested negative.