Democracy is difficult for government at centre, says Abaribe 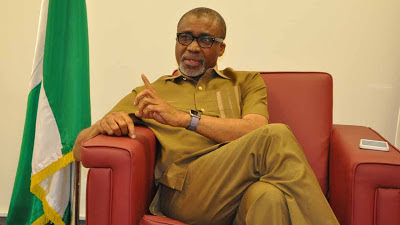 Senate Minority Leader, Senator Enyinnaya Abaribe, has said Nigerians were currently going through pains, cautioning that the country needed to move in a different direction away from its present path.

The minority leader spoke on Thursday night at the Government House in Port Harcourt during a condolence visit by the Senate Minority Caucus to the state governor, Nyesom Wike, over the passage of his uncle, the late Charles Wike.

“The disappointment; the disillusionment that most Nigerians are feeling today is our responsibility to bring to the fore in our public debate.


“We have been keeping up with our ideals. Democracy is difficult for some people to really fathom. I think that is why the government at the centre is finding it really difficult.