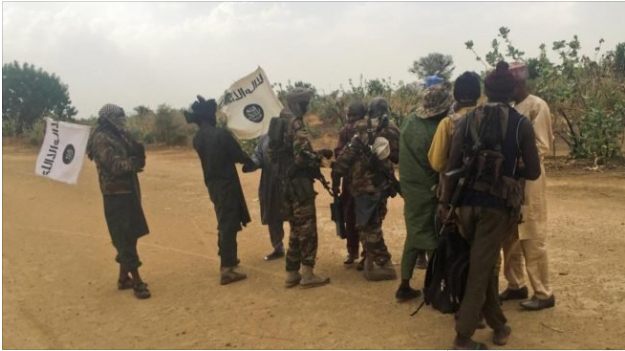 Damboa, headquarters of a local government area in Borno, is currently under Boko Haram attack.

The insurgents, villagers said, came in large numbers around 6:30 am on Wednesday and started shooting sporadically.

One of the residents said for over an hour troops from the army’s 25 task force brigade in Damboa have been exchanging gunfire with the insurgents.

“They came in plenty of hilux trucks. We saw about 20 before we started running towards the bush,” one of the fleeing residents said.

“They came in two batches. One came in through the north Sambisa and the other from Alagaruno.

“Soldiers from the 25 task force came in about 30 minutes and right now, over an hour,  they are still exchanging gunshots with the insurgents.”

The attack comes a day after the insurgents attacked Bwalakila, a neighbouring village in Chibok local government area.

A resident of the village dislosed that the insurgents were repelled by troops of the 117 task force battalion in Chibok, but that they had already stolen tons of food items from the villagers.

Sagir Musa, army’s spokesperson, could not be reached for comments on the attack in Damboa.

A soldier from the battalion, however, said that troops are already securing the area as they are being assisted by the air force.

“A fighter jet has been sent from the theatre command in Maiduguri,” he said.

“So now we have air support, and we are pushing the enemies out of the place and securing the area. Some of them are still within but we have now outnumbered their forces.”