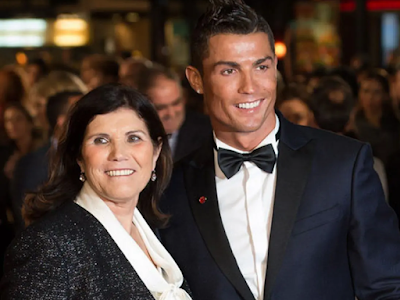 Dolores dos Santos Aveiro, mother to Juventus forward Cristiano Ronaldo, has been rushed to hospital after suffering a stroke, the UK Mirror reports.

Ronaldo has flown to Madeira to be with her, after she was admitted to Dr Nelio Mendonca Hospital on Tuesday morning.

She is reportedly “conscious and stable”.

However, Dolores will undergo new tests later in the day, to determine her state of health.

Last year, she admitted she was “fighting for her life” after a new cancer drama.

Dolores was first diagnosed with breast cancer in 2007.