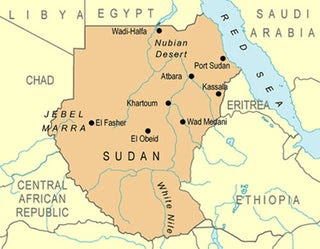 Authorities in Sudan have ordered the release of thousands of prisoners to prevent the novel coronavirus from spreading in the country’s jails, state media reported Wednesday.

“The first batch of prisoners from (a total of) 4,217 have been released from al-Hoda prison in the city of Omdurman,” twin city of the capital Khartoum, official news agency SUNA reported.

It did not specify how many prisoners were released or the nature of their crimes.

Sudan, which has so far recorded one death out of three confirmed COVID-19 cases, has declared a state of emergency and almost totally closed its borders.


On Tuesday, authorities imposed an indefinite night-time curfew from 8pm to 6am local time.

They have also announced the suspension of all inter-state bus services starting Thursday.

Sudan has also shuttered schools and universities across the country.