9:40 AM CuteNaija 0 Latest News in Nigeria 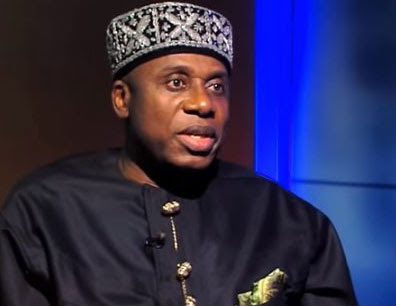 The Minister of Transportation, Rotimi Amaechi has disclosed that the outbreak of Coronavirus may delay the completion of the Lagos-Ibadan rail project.

The minister said the delay may not be unconnected to the fact that the bulk of the workforce handling the project is stuck in China.

According to him, the Chinese government prevented some of the workers from returning to Nigeria because of the virus.


Ameachi disclosed this during a morning show monitored on television by NigerianEye on Thursday.

He said: “If not for coronavirus, I would have said that we are nearly finished with the Lagos-Ibadan rail.

“The bulk of the workforce is still in China. The government of China did not allow them to return and that has delayed the work on Lagos Ibadan.”

The minister also explained that the government was still test-running the rail tracks.

He also noted that the government would deploy 10 coaches each to the Lagos-Ibadan and Abuja-Kaduna rail lines to ease passenger movement.

“We are still test-running the tracks. Commercial activities are yet to commence fully.

“To test-run the tracks, we brought in two coaches, each coach takes about 25 passengers. So the two coaches take about 50 passengers.

“We have got signals from the passengers and the engineers that the tracks are ready to run, but we need to complete communication, signaling and station buildings. Once that is done, we are good to go.

“We are bringing in 20 new coaches and four new locomotives, 10 coaches will be deployed to Abuja-Kaduna and the other 10 to Lagos-Ibadan.”