Coronavirus kills 365 people in one day in France 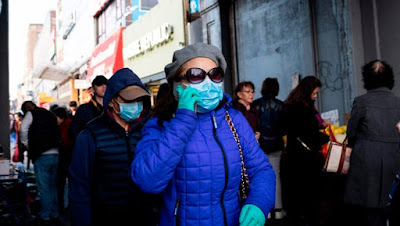 The number of people who have died from coronavirus in the United Kingdom hospitals has risen by 115 in a single day to 578, as of 5pm on Thursday.

It is the biggest daily rise in deaths across the country since the outbreak began.

Director general of the French health service, Jérome Salomon, said on Thursday there are now 29,155 confirmed cases in the country.

A 16-year-old in the Ile de France region is one of those who died.

There have been 53 confirmed coronavirus cases in France’s overseas territories (Réunion, Martinique, Guadeloupe) of whom 21 are in intensive care, and two have died.

Salomon said 4,948 people who were confirmed as having the coronavirus had recovered.

The number of confirmed cases of coronavirus worldwide has passed the half a million mark, according to the latest figures on the Johns Hopkins University global dashboard.