7:49 AM CuteNaija 0 Latest News in Nigeria 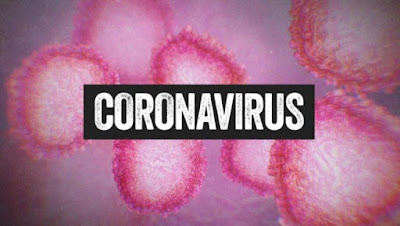 The Lagos State Commissioner for Health, Prof. Akin Abayomi, has said four children of the same family and their teacher who arrived in the country from the United States have been quarantined for coronavirus fears by the state government at the Infectious Disease Hospital, Yaba.

Abayomi, who said this at a press conference in Lagos on Wednesday, added that a man who came from the United Kingdom had been quarantined.


He also said they had established contact with the two people declared wanted after flying on the same Turkish Airlines plane with the Italian man that brought coronavirus to Nigeria.

Abayomi said, “The three people announced to be in isolation on Monday have tested negative. There was someone from France, another from England and the third person from China. They are negative and have been discharged.

“We have admitted a family of four children and their teacher. They travelled in from the United States; apparently, they have been in close proximity to someone who has coronavirus infection. So we’ve had them in isolation in the past two days. The first test was negative, we will repeat that in 48 hours and see what happens.

“We also have another gentleman from the United Kingdom, we are going to run his test. But the situation at the moment remains the same; one index case, one positive as a result of contact with the index case.”

According to the commissioner, the index case still secrets coronavirus and will continue to be placed under isolation till he overcomes the virus.

He said, “The test shows that he is still secreting the virus, although the level is going down significantly. So if the virus secretion hits zero, we will test him one more time to be sure and he will be discharged from the hospital.

“The second case is doing well. He hasn’t developed any major symptoms just some minor aches and pains and he seems to be doing well and we are satisfied. We will repeat his test tomorrow and we will determine what happens next based on his test result.”

Meanwhile, the Nigeria Centre for Disease Control on its website said 11 people who had contact with the Italian were still missing.

The body said, “The other development is that contact tracing and monitoring in respect of the coronavirus index case presently receiving treatment in Lagos, has been diligently and conscientiously pursued since February 27 when the case was first diagnosed.

Meanwhile, the NCDC on Wednesday said it was awaiting the results of six new cases screened for coronavirus on Tuesday.

The centre said 33 people had so far been screened in four states and the Federal Capital Territory, with 26 of them testing negative.

Nigeria confirmed a second case of coronavirus on Monday with the Minister of Health, Osagie Ehanire, stating that the new case was that of a person in Ogun State who had contact with the index case.

“A total of 33 people have been screened for COVID-19 (six new cases) in Edo, Lagos, Ogun, Kano states and the FCT, out of which 26 tested negative and have been ruled out, results are pending for six cases, while two cases were confirmed positive (index case and a contact of index case) with no death.

“The two confirmed cases are clinically stable at the designated treatment facility for COVID-19 at the Infectious Disease Hospital, Yaba, Lagos.