Coronavirus: Church bans use of Common Cup for Holy Communion 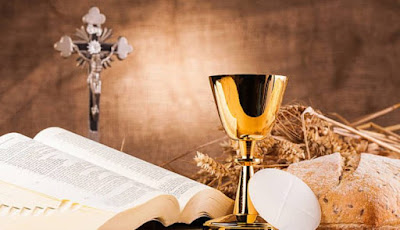 In a bid to stop the spread of COVID-19 (Coronavirus0, the Church of England has banned the use of the Common Cup for Holy Communion.

The Anglican cathedral announced the cup of wine, used during the Eucharist, will no longer be passed around for people having Holy Communion

The Common Cup is often reused several times and passed from person to person while receiving Holy Communion drink wine or grape juice from the which is supposed to represent Jesus’ blood.

The Church of England also encouraged worshippers not to shake hands during the ‘Sign of the Peace’.


While the sacred practice of the Common Cup has now been axed, worshippers will only eat bread or wafer, which represents Jesus’ body.

According to the Church’s spokesman, “St Paul’s Cathedral is monitoring the coronavirus outbreak very closely and following all government and Church of England advice.

“This has included removing the Common Cup during services, increasing its cleaning regime and providing hand sanitiser to public-facing staff.

“The Cathedral currently remains open and has welcomed sightseers and worshippers this week.”