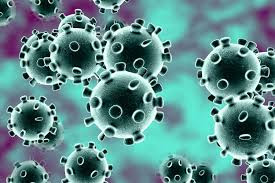 An Italian employee of the Holy See who lives in the same residence as Pope Francis was reported Thursday to have tested positive for COVID-19 and has been hospitalised.

Several Italian newspapers with reputable sources in the Vatican said the clergyman has lived for years in the Saint Martha’s guesthouse.

Il Messaggero said the person is “one of the pope’s closest collaborators, an official of the Secretariate of the State, who was found to have a slight temperature after going in for a routine check”.

The daily La Stampa said the unnamed person has been hospitalised in Rome and that his office has been disinfected.


Pope Francis has remained largely secluded at his residence since coming down with a cold late last month.

The 83-year-old pontiff has a small apartment in the building and takes his meals there.

He also has private meetings and occasionally moves to the Vatican library to record livestreamed messages to the world’s 1.3 billion Catholics.

La Stampa said Pope Francis has been “eating alone in his room for some time” as a precaution.