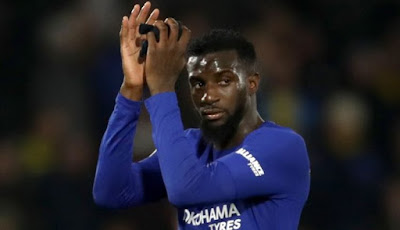 The France international is currently on-loan with AS Monaco to the end of this campaign.

However, Bakayoko faces returning to Chelsea this summer as Monaco aren’t expected to seek a permanent deal.

Instead, Bakayoko will have to find himself a new club, with Blues manager Frank Lampard also not counting on him.


Calciomercato.com says the midfielder favours a return to Milan, where he spent last season on-loan.

A January move was close to being realised before midfielder Franck Kessie chose to remain with the Rossonero.