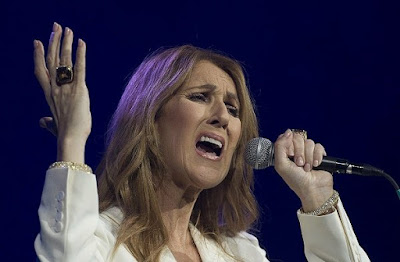 Sonorous singer, Celine Dion has postponed her concert billed to hold in Washington DC, despite testing negative for coronavirus.

Unlike many other artists who have called off their shows due to concerns about COVID-19, the Grammy-award songwriter took to her social media platforms to inform fans that it was because of a more routine virus — a common cold.

The ‘My heart will go on’ singer was scheduled to perform on Wednesday and Friday in DC and Pittsburgh respectively, amid her ongoing ‘Courage World Tour’.

Dion, however, announced some changes, saying the show dates are being deferred to November.


“We regret to inform you that, due to a cold, Celine Dion will be postponing two performances of her scheduled this week in Washington, D.C and Pittsburgh,” the statement read.

“The show dates are being rescheduled as follows: Wednesday, March 11 in Washington, D.C. at Capital One Arena has been rescheduled for Monday, November 16, 2020.

“Friday, March 13 in Pittsburgh, PA at PPG Paints Arena has been rescheduled for Wednesday, November 18, 2020.

“On Monday night, a day after completing a six-show run in the New York area, Celine began feeling the symptoms of a common cold.

“The symptoms persisted into Tuesday, and her doctors instructed her to rest for the next 5-7 days. After testing her, the doctors concluded that her virus was not related to COVID-19.
“Performances of her Courage World Tour are expected to resume on Tuesday, March 24 in Denver, CO at the Pepsi Center as initially scheduled.”

In November 2019,  she released a new album entitled ‘Courage’.