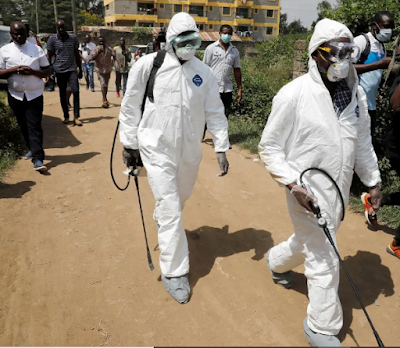 Commissioner for Health in Osun State, Dr Rafiu Wusamotu on Wednesday confirmed that 20 judges, who recently travelled to Dubai, in the United Arab Emirate were presently on self isolation.

He added that the judges went into isolation immediately they arrived the state to ascertain their medical status as the killer disease ravage the world .

Wusamotu made this known on the sidelines of a press briefing at the Osun State government house in Osogbo, where the governor intimated newsmen about the index case in the state .

The Commissioner said : Yes, they are presently on self isolation, I can’t disclose any hospital, it is not necessary that they go to the hospital before being isolated.


“There are many people who are even positive of the virus, but stay in their homes to isolate themselves without going to the hospital. The judges are in self isolation and we are monitoring them”.

It was gathered that the judges had attended International Conference in the Middle East country between March 9 and March 20, before returning home over the weekend.