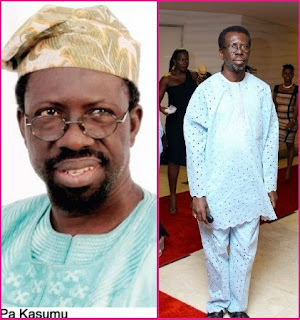 A family source confirmed to NigerianEye that the legendary Pa Kasumu died in the early hours of  Sunday, March 1, 2020 after a brief illness.


Pa Kasumu died at the age of 66, and he is survived by many children and grand-children.

In 2017, it had been reported that Pa Kasumu’s health worsened after he got back from a medical trip to India.

Although he was required to return to India two months after the initial trip, the sudden loss of his passport had prevented him from doing so.

He was also absent from the Nollywood scene in the past few years due to ill health.

May his soul rest in peace.