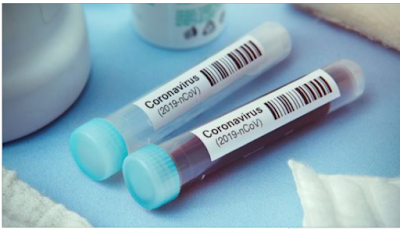 The Niger State Commissioner of Health, Dr. Makunsidi Muhammad has disclosed that seven people in the state are currently on quarantine for coronavirus.

Briefing newsmen in Minna, Makunsidi said that out of the seven people, one is in Suleja while six others in Minna.

He explained that the one in Suleja is exhibiting the symptoms of coronavirus and had to be taken into quarantine while one of those in Minna just returned from the UK.

The other five cases, Makunsidi said, had contact with someone that has a confirmed case of coronavirus and they had to be quarantined.

“The other five cases confirmed that they had contact with someone who has been confirmed to have coronavirus and was in Minna. After he was confirmed, they decided to submit themselves for quarantine.”

The Commissioner said that the government remains resolute in the curfew of 8 am to 8 pm saying that it would go a long way in reducing contacts with individuals.

“We know we live in close proximity with Abuja and since we cannot stop people from coming into Minna, this is the only preventive measure we can take to ensure that the spread of coronavirus in Niger state does not occur.”

He further disclosed that a 28 man taskforce have been made on coronavirus with the Secretary of the State Government, Ahmed Matane to head the task force.

In a related development, a message reportedly said to have been sent by a student of the Federal University of Technology, Minna to the National Council for Disease Control (NCDC) that he had contacted coronavirus is currently causing panic in the state.

The message which was screen-grabbed but was not containing the name of the sender informed NCDC that he went home during the strike and met with his aunty who returned from the United States and had been confirmed to have coronavirus.

The sender who said he attended a pool party with his friends in Gwada, Niger state stated that he had started feeling the symptoms of coronavirus.

The message read, “Greetings NCDC, I am a student of the Federal University of Technology, Minna. I actually went heme after ASUU announce strike and reaching home, Lagos NG, I met with my Aunty that returned from the US.

“There was a party in school and I had to attend because my friend is hosting it, so I traveled down, I left school yesterday after complaining to my parents and they request I come directly to your center and report myself, they don’t want to come near me, that my aunty is positive.

“I am feeling pain and having dry cough with pain in my chest. I can’t lie down to sleep, the painful part is I attended the pool party and I am afraid of infecting my friends. please save me and my fríends. If possible, the party held in Gwada in Niger state. Help me. I need a reply quickly to know what to do.”

The Commissioner of Health, Dr. Makunsidi Muhammad confirmed that he had received the message and said that the state has sent a team to Gwada to find out where the pool party held and who attended it.