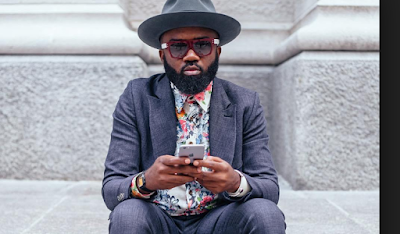 For the this year’s edition, the best dressed awards were won by BBNaija reality TV stars, Mercy Eke ( for female category) and Mike Edwards ( for male category).

The announcement sparked a flurry of comments on social media with many condemning the organizers.

Taking to his Twitter page, Noble Igwe criticized the category with claims that award shows with such might have to see their events taken over by social media personalities instead of real industry players.


“Unpopular Opinion: With the introduction of the best dressed in the awards, the real industry players are going to stay away from the awards and you’d have a room full of social media personalities. There are so many fashion events already, gather movie players”, Noble Igwe tweeted.

TV host, Vimbai Mutinhiri reacted to his post: ” Imagine if Meryl Streep and Robert De Niro had to sit through a best dressed voting process on a night meant to focus on their sweat and that of those who make things come together Smiling face with open mouth and cold sweat with Paris Hilton and Love and Hip Hop cast presenting awards”.

Ayo Shonaiya wrote: “But what do you expect tho? When every movie premiere is now a red carpet fashion event. Film has now become secondary at a film event. Stylists are now dragging each other on social media after a film awards”.