Bayelsa judgement review: I will speak at the right time – APC Lawyer, Olanipekun 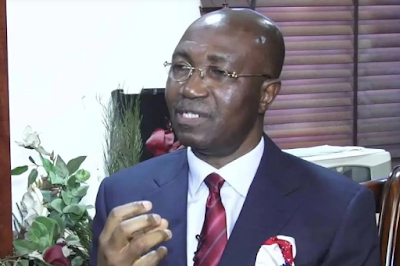 A Legal icon, Chief Wole Olanipekun(SAN) has said that he would speak about the judgement review sought at the supreme Court by the All Progressives Congress Governor-elect in Bayelsa State, Chief David Lyon, at the appropriate time.

Olanipekun, who was the head of the legal team for Lyon, who sought review of the judgement earlier delivered against the APC , said he did no wrong by his action.

He spoke in Ikere on Sunday , during a thanksgiving service commemorating an ultra modern 1,600 capacity church auditorium the legal practitioner donated to Saint Peter’s Anglican Church in the town.

In the suit, Olanipekun appeared alongside Chief Afe Babalola(SAN) and Lateef Fagbemi(SAN), to seek the review, which the supreme Court had dismissed and awarded N30m fine against each of the litigants’ lawyers to be paid directly to the Peoples Democratic Party in the issue.


The supreme Court had disqualified the APC candidate on the basis that his deputy, Chief Degi Biobarakuma-Eremionye forged his academic certificates and the court subsequently declared the candidate of the PDP, Chief Duoye Diri, winner of the poll and was sworn- in as the Governor.

Speaking on the issue, Olanipekun said: “I have never regretted any of my actions since I started my legal practice, because I always abide by the ethics of the job.

“The truth about the matter will be revealed soon, but I have the conviction that I have done no wrong, because this is a profession I love so much.

“I saw legal profession as a ministry. I am convinced and knew that what we did was within the best tradition in law, I can tell anyone about this.

” But I will speak about the whole thing at the appropriate time, I won’t say more than that now”, he said.

On the killings of Christains by terrorists in the North, Olanipekun advised the church against being antagonistic, neither should they act cowardly in handling of the vexatious matter.

“I could see the leadership of the church are not speaking up loud enough. Though, I believe we need prayers to overolcone insurgency and terrorism. I know the Christains must be cautious about their actions, but they should not act cowardly.

Olanipekun added that the Church auditorium he built and donated was part of his contributions to the spiritual growth of his people and for the development of tourism potential of the state.

“You are all aware of Saint Peter’s Basilica in Vatican city, Saint Paul Church in London and many others.that are tourist centres . There is no tourist that will come to Ikere today that won’t ask of this church and that is the joy and benefit of it”, he stated.