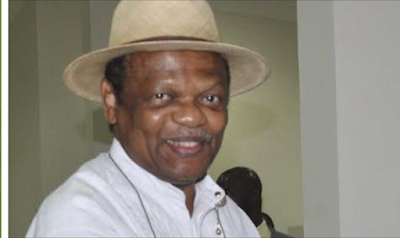 Atedo Peterside, chairman of Stanbic IBTC Holdings PLC, says he will not attend a forum organised by the Central Bank of Nigeria because he is displeased with the dethronement of Muhammadu Sanusi II.

Abdullahi Ganduje, governor of Kano state, announced the dethronement of the monarch on Monday and announced Aminu Ado Bayero as his successor.

In a letter sent to Godwin Emefiele, Peterside said he cannot hide his displeasure at Sanusi’s deposition and eventual banishment from Kano.

“I received an invitation, at short notice, to be a panellist at a CBN consultative roundtable session taking place in Abuja tomorrow. Whilst thanking you for the invitation, I believe the correct thing for me to do is to respectfully decline to participate,” he wrote.

“My refusal to join you has more to do with the monumental events that took place yesterday viz the removal of the emir of Kano from office and the release of information that purportedly seeks to exile him and restrict his movements or confine them to a little known enclave in Nassarawa state.”

Peterside said he attended the commonwealth service that held in Westminster Abbey on Monday where he was reminded of “what can go right when we embrace the forces of modernity whilst recognising and upholding our proud cultural heritage”.

“At the exact same time, I was distracted by disturbing news from Kano yesterday which confirmed what can go wrong, when those in authority pay lip service to the Nigerian constitution and then proceed to violate the fundamental freedoms that it guarantees each individual because they prefer to cling to practices like exile which they learnt from colonial masters and the military. These practices have no place in a democratic dispensation.”

Commenting on the roundtable, which is themed ‘Going for Growth’, Peterside said growth is a concept where investor confidence is boosted through actions like respecting individual freedom and the rule of law.

“Sadly, yesterday’s events have turned back the clock at a time when our economy is at a precipice and when we need to tell ourselves some home truths and speak truth to power in a constructive manner,” the

“By coincidence, the ex-emir of Kano is your predecessor in the office at CBN. Ordinarily, he qualifies to be invited for tomorrow’s event. Did you invite him?

“I have decided to stay away from your consultative roundtable and to instead use the opportunity of this letter to draw the attention of a wider audience to my displeasure with the events of yesterday. Please forgive me because I am in no mood to immediately pretend as if all is well by proceeding with business as usual.”

Peterside also said the stability of Nigeria’s macroeconomy is threatened by an unsustainable policy mix like CBN’s resolve to “pursue a low domestic interest rate regime which clearly cannot coexist with high inflation and naira exchange rate stability in the face of collapsed/collapsing oil prices and an insatiable and uncontrolled appetite for foreign currency loans”.

He said this policy mix has spooked investors (local and foreign) and is making it “increasingly likely that the Nigerian economy slides back into a recession” corrections are made.