ASUU embarks on ‘warning strike’ over 2019 agreement with FG 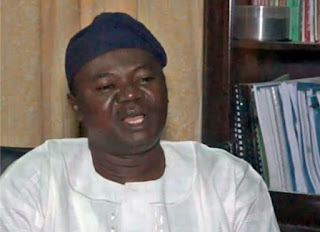 The Academic Staff Union of Universities (ASUU) has embarked on a two-week warning strike.

Biodun Ogunyemi, national president of the union, announced this at the end of the national executive council meeting at Enugu State University of Science and Technology (ESUT).

According to ASUU, the action, which begins on Monday, is to compel the federal government to implement its 2019 agreement and resolution with the union.

The union also said its demand includes the implementation of the 2013 and 2017 memoranda of understanding (MOU) that are yet to be implemented.


In 2019, the union reached an agreement with the federal government to end its strike that lasted over three months.

In November, ASUU also suspended its planned strike over the directive of the federal government to enroll its members into the Integrated Payroll Personnel Information System (IPPIS).

On Thursday, Zainab Ahmed, minister of finance, budget and national planning, said lecturers who have not enrolled on the platform will not get their February salary.

Some lecturers, who are not on IPPIS, had threatened to embark on strike if they did not receive their salary.

ASUU had rejected the federal government’s directive for workers to enroll in the centralised payroll system, saying it would affect the autonomy of universities.
state government dethrones Emir Sanusi