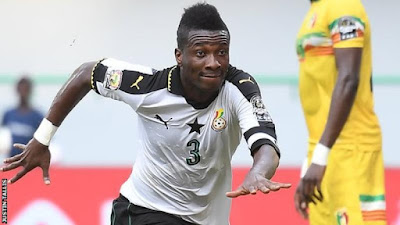 Gyan, who played against Ronaldo in the 2006 FIFA World Cup, in a game which ended 3-0 in favour of Brazil, said he has never seen any player like the former Real Madrid striker.

According to the former Sunderland striker, he learnt a lot of skills from Ronaldo, including finishing and dribbling.

“Ronaldo, the Brazilian, any time any day. For me, I have not seen any player like him. Although there have been a lot of players,” Gyan told Pulse Ghana.


“I don’t think I have seen any player like him because a striker who can do anything at any time, the strength, the speed, the dribbling abilities, the finishing, skills. It was amazing.

“When I was in Senior Secondary School, I learned a skill from him that I was using it to do my stuff even in the Ghana Premier League that defenders couldn’t catch me.

“I learned a lot of things from Ronaldo, tricks from him. For me, I think he is my best player of all-time.”