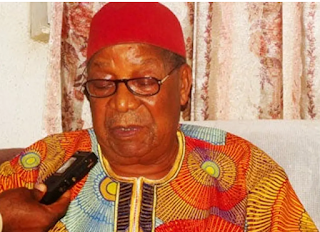 First Republic Minister, Chief Mbazulike Amechi has lashed out at South-East governors, for the delay in setting up a regional security outfit.

According to the Sun, Amechi advised the people of the South East, to defend themselves if the governors are not up to task.

He made this call amidst growing insecurity in the country, urging Igbos to remain vigilant.


Amechi also claimed the governors were unconcerned about security, because they are protected.

According to him, when he was a Minister in the First Republic, he was only assigned one police orderly, “but today they move about with scores of policemen enough to form a police post or station in addition to members of Directorate of State Service (DSS)”.