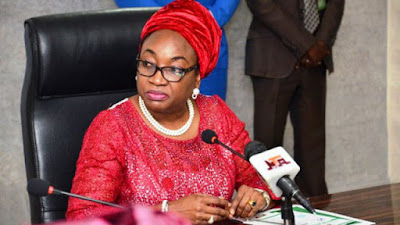 The Economic and Financial Crimes Commission, on Monday, arraigned the former Head of Service, Winifred Oyo-Ita, and two others before a Federal High Court, Abuja.

The two others are one Garba Umar and Ubong Effiok.

They were arraigned alongside six companies before Justice Taiwo Taiwo over 18-counts of fraud, failure to fully disclose assets and money laundering.

They pleaded not guilty to the charge.

He granted Oyo-Ita N100m bail and two sureties in like sum.

The other defendants were granted N50m bail and two sureties in like sum.