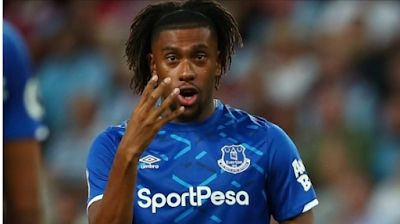 In a statement issued on its Twitter page on Friday, the English side said the isolation was a “precautionary measure” following medical advice.

It was also gathered that the club’s Finch Farm training ground, it’s Goodison Park stadium and its headquarters at the Royal Liver Building in Liverpool City Centre have also been shut down.

”Everton Football Club can confirm that, as a precautionary measure, its entire first-team squad and coaching staff are undertaking a period of self-isolation following medical advice,” the statement read.

“The step has been taken after a first-team player reported symptoms consistent with coronavirus. The club is in regular contact with the player in question and is monitoring the wellbeing of all players and staff.

“The health, welfare and safety of all Everton players, staff and stakeholders is the Club’s absolute priority. Therefore, the club has taken the decision to close down all Everton workplaces including USM Finch Farm, Goodison Park and its headquarters at the Royal Liver Building in Liverpool City Centre. The Club’s retail store at Goodison Park will also close but its Liverpool ONE store is unaffected and will remain open.

“Everton will continue to adhere to UK Government and Public Health guidelines with regards to the closure of its facilities and wellbeing of staff and will be discussing next steps with regards to upcoming fixtures with the Premier League on Friday morning.”

It also comes as the Premier League and EFL are holding a meeting to decide whether to suspend fixtures until the end of the season.

The Super Eagles duo of Wilfred Ndidi and Kelechi Iheanacho are also feared to be at risk of getting infected with the virus after Brenda Rodgers, Leicester manager, disclosed that three of his players are currently in isolation from the rest of the squad.

The three players were said to have displayed symptoms of coronavirus.

Since its outbreak in China in December, the virus has killed about 5,000 persons, with at least 134,000 infected.