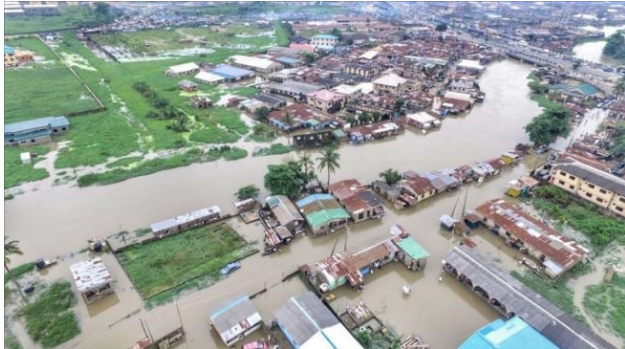 Tunji Bello, commissioner for the environment and water resources, has urged residents of Lagos state to prepare for likely consequences of 240 to 270 days rain with the 2020 rainfall predicted to begin in March 19 and end November 22.

Bello made this known at a news conference on the 2020 seasonal rainfall predictions and prevention of flooding in Lagos, held at the ministry’s conference room on Tuesday.

He said it is necessary to inform Lagos residents about the 2020 rainfall prediction by the Nigerian Meteorological Agency (NIMET).

“Seasonal Rainfall Prediction (SRP) is to allay fears of residents and prepare them ahead for the likely consequences of the rain,” he said.

Bello said rainfall prediction for Lagos in 2020 was a near-normal one, saying Ikeja was expected to have about 1,526 millimeters, while Badagry was 1,759 millimeters.

“Lagos Island is expected to have a rainfall onset date of March 19, with an error margin of three days, while its cessation date is expected to be November 26,” he said.

“It is also expected that Lagos Island will have about 252 days of rainfall and about 1,714 millimeters of rainfall over the year.

“It can be deduced that Lagos State shall experience a rainy season of 240-270 days, while the maximum annual rainfall is predicted to be 1,750 millimeters. Year 2020 will likely experience days with extremely high rainfall amount which may result in flooding.

“Another contributory factor to possible flooding in the state is sea level rise. This poses the biggest risk to coastal areas and the state’s drainage infrastructure, as anytime there is high tidal movement, it may lock up the discharged points of drainage channels and until it recedes, there will be no discharge.

“Such occurrences also caused back flows, resulting in flooding but as soon as the Lagoon recedes, all generated storm water run-off will immediately discharge and our roads will be free.”

He assured Lagos residents that the state would continue to reap the gains of planning, as the flood control measures in the state had been stepped up to contain any unforeseen weather condition.

The commissioner added that relevant measures had been put in place in preparation for the 2020 rainy season.

Bello said the state was determined to maintain and sustain the long-established synergy and partnership with Ogun-Osun River Basin Development Authority.

He said the partnership had ensured control and monitoring of steady and systematic release of water from Oyan Dam to prevent flooding of the release of the downstream communities.

He said the emergency flood abatement gang under drainage maintenance department of the ministry had been consistently de-silting and working on secondary collectors and conduits, to enable them discharge efficiently and act as retention basins.

Bello promised to beef up the ministry’s enlightenment efforts to sensitise and advise communities in coastal and low-lying wetland areas of the state, to move upward to avert needless loss of lives and property when the need arises.

He said the ministry would also serve abatement notice to owners of illegal structures, violators of buildings, regulations on drainage alignments tenements and institutions discharging solid waste in water bodies.

Bello, however, urged media to support the state government under the leadership of Babajide Sanwo-Olu, governor of the state, to sensitise Lagos residents who resided along flood plains of major rivers and drainage channels to always be on the alert and ready to relocate to higher grounds when the need arises.

He advised residents to report cases of drainage blockages, dumping of waste into other unauthorised places.

Bello said telephone numbers of all the state drainage engineers would be available in the 57 local government areas and local council development areas of the state to attend to all needs before, during and after the rainy season.

He, however, appealed to the people to support government efforts by complementing the state government through regular clearing of drains in their frontages to ensure free-flow of storm water.

He warned residents to desist from dumping refuse into drainage and on the roads.