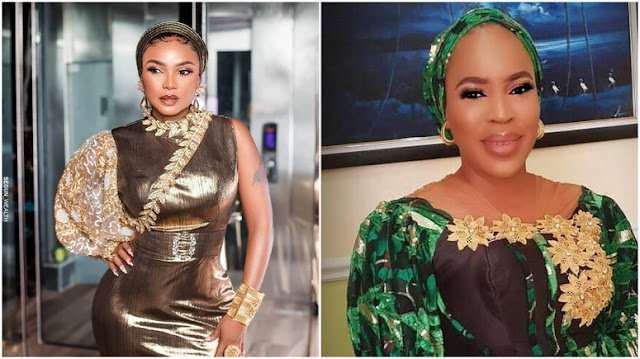 During the week, a popular actress, Iyabo Ojo, opened a can of worms, accusing a colleague who she described as a ‘frenemy’ of praying against her survival after she underwent a cosmetic surgery in Turkey.

Ojo, who set tongues wagging with her post, also called the colleague a ‘witch’, while declaring that she is a lioness who comes out victorious in every battle.

The post, which has however been deleted from her Instagram page, generated a lot of comments as many thronged her page, to get the juicy gist.


Many also wondered why her post coincided with the birthday celebration of another popular actress, who turned 51 on February 5 and held her birthday bash at Island Lounge in Turkey.

Ojo’s post read, “You never cease to amaze me and I’m not surprised because you remain number one agbaya (mischievous elder) in Nollywood. No self-respect at all. You envy the younger ones and pretend to love the ones that you benefit from.

“After all I did for you two years ago to celebrate your birthday in Turkey, you still snitched on me, giving the media fake news that I was in a coma for three days. I knew you hoped and prayed I died. That’s why you never came to see me afterwards but guess what? My God is bigger than you. He is mightier than you. My God disappointed you and your team.

“I’m still (a) living girl. You are a witch! But guess what, I’m that lioness who would always come out victorious, no matter how hard you try to pull me down or destroy my name spiritually. Darkness and light can never be on the same page and I make bold to say you are a terrible person. Back off witch. Enjoy your birthday. @islandlounge7, remember I named it.”

Reacting to claims that she was fighting the actress in question because of a man, Ojo stated, “The last thing I, Alice Iyabo Ojo, would ever do is fight any woman because of any married or single man. God forbid! What goes on in our industry is beyond all those stories you write. It is beyond what you can ever comprehend. It is spiritual. It has been in the days of Pa (Hubert) Ogunde and it will remain forever. You can never be prepared.”