Why we banned immigrants from Nigeria -US 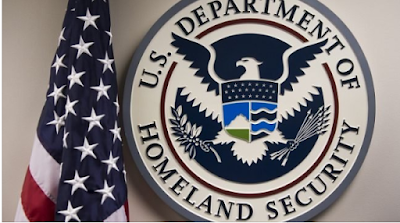 The United States says it imposed an immigrant visa on Nigeria as a result of the country’s failure to comply with its established identity-management and information-sharing criteria.

In a statement, the US Department of Homeland Security (DHS) said the restriction became necessary due to America’s inability to verify a traveller’s identity and “assess whether they pose a national security or public safety risk”.

Before the ban was announced, diplomatic sources had revealed that difficulty in accessing critical data about Nigerian travellers was behind the development.

Although Nigeria partners with the US in the war on terror, drugs and cyber crimes, it was gathered that a third party company currently holds Nigeria’s passport database, causing “problematic” information flow between Nigerian immigration and the International Police Organisation (Interpol).

In its statement after the ban, DHS said: “Nigeria does not comply with the established identity-management and information-sharing criteria assessed by the performance metrics.”

It said entry for immigrants from Nigeria has been suspended, “except as Special Immigrants whose eligibility is based on having provided assistance to the U.S. Government.”

BAN COULD BE LIFTED… OR WORSENED

The DHS said unlike the previous travel ban on some countries, the latest is “less restrictive”, and tailored to “country-specific deficiencies” identified during an assessment of travel-related risk.

“Like the seven countries that continue to face travel restrictions pursuant to Proclamation 9645, the six additional countries added for restrictions are among the worst performing in the world; however, there are prospects for near-term improvement for these six countries,” it said in the statement.

“The restrictions imposed by this proclamation reflect the U.S. government’s greater confidence that these countries can make meaningful improvements in a reasonable period of time.

It added that travellers already issued visas by the US government will not be affected by the new restrictions.

n 2018 the US issued more than 8,000 immigration visas to citizens of Nigeria, just over 2,000 were issued to Sudanese nationals, 290 to Tanzanians, and just 31 to Eritreans.

The new rule was implemented just over three years after President Donald Trump signed the original travel ban on January 27, 2017, a week into his tenure. The ban was upheld by the US Supreme Court in June 26, 2018.