We notified Nigeria about Visa restriction - US

3:16 AM CuteNaija 0 Latest News in Nigeria 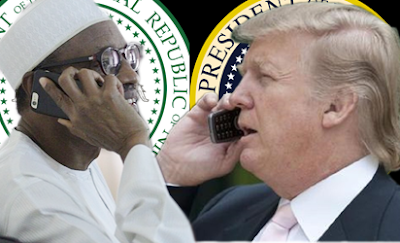 The United States has said that it notified all foreign governments including Nigeria about the identity-management and information-sharing criteria in 2019.

The government stated that the Republic of Chad improved on the performance metrics and was removed from consideration for travel restrictions.


The US described Nigeria as one of the worst-performing countries on the performance metrics which it said led to the imposition of migrant visa restriction on the country.

This was contained in the full report of the visa restrictions titled, ‘Proclamation on improving enhanced vetting capabilities and process’ published on www.whitehouse.gov

Apart from Nigeria, others on the list are Eritrea, Myanmar, Tanzania, Sudan and Kyrgyzstan.

The new visa regime announced by the US Government on January 31, involves the suspension of the issuance of ‘immigrant visas’ to Nigerian passport holders. It comes into effect on February 21.

It read, “The process began on March 11, 2019, when the United States Government formally notified all foreign governments (except for Iran, Syria, and North Korea) about the refined performance metrics for the identity-management and information-sharing criteria.”

The Ministry of Foreign Affairs spokesman, Ferdinand Nwonye, could not be reached for comment as he was said to be out of the country.