US announces $40 million aid to Nigeria after Visa ban 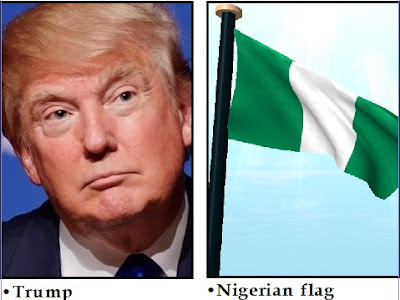 Just few days after it blocked effective from 21 February the issuance of immigrant visa to Nigerians, the United States has announced an additional 40-million-dollar (N14 billion) aid to Nigeria.

The aid is to address the humanitarian crisis arising from 11 years of the Boko Haram insurgency.

The Secretary of State, Mr Mike Pompeo, who made the announcement in Washington DC on Tuesday, said this was in addition to nearly 350 million dollars (N122.5 billion) in assistance provided by the U.S. last year.


Pompeo spoke during a joint media briefing with the Minister of Foreign Affairs, Mr Geoffrey Onyeama, after the U.S.-Nigeria Binational Commission (BNC) meeting hosted by the Department of State.

“The foreign minister (Onyeama) and I also discussed today the massive humanitarian crisis that the conflict with Boko Haram and ISIS-West Africa and other religious and ethnic violence.

“But I strongly encouraged the Nigerian government to do more to protect its civilians, including religious communities and the humanitarian organisations seeking to assist them.

“To aid in this effort, I’m pleased to announce today an additional 40 million dollars in humanitarian assistance to Nigeria, adding to the nearly 350 million dollars that we provided last year,’’ he said.

The BNC is a platform for the Nigerian and U.S. governments to expand cooperation and advance shared goals in the areas of trade and investment, development, good governance and security.

The sale of the aircraft, according to him, is in support of President Muhammadu Buhari’s vision of building “a security force with the best training and modern weaponry.”

He said the U.S. would “hold Nigeria to the pledge’’ of ensuring that the country’s military operates with the highest standards of respect for human rights.

On his part, Onyeama described the security challenges facing the country as an existential threat, but was quick to note that they were being addressed with respect for human rights.

“Of course, we are faced with other security issues within Nigeria, and we know that some of them cause disquiet amongst our partners and we are addressing a number of those.

“And in addressing those internal challenges, and especially in the security area, we absolutely make it clear and strive to uphold human rights.

“We have the greatest interest in protecting and respecting the human rights of our population and we do that,’’ he said.