9:06 AM CuteNaija 0 Latest News in Nigeria 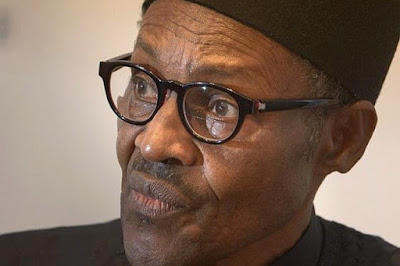 He lauded the initiators of the scheme, especially former Head of State, Gen. Yakubu Gowon, for introducing the NYSC as an avenue for people to know the country better.

Buhari cited an instance with Lagos, where he said there were people living on Victoria Island, who had never visited Ikeja.

But he noted that such people could travel all the way to Daura, in Katsina State, through posting to serve the country as corps members.

The President spoke in Abuja when he received a delegation of corps members at the Presidential Villa.

The corps members, who were led by the Minister of Youth and Sports Development, Sunday Dare, and the Director-General of the NYSC, Brig. Gen. Ibrahim Shehu, came to thank the President for increasing their monthly allowance from N19,800 to N33,000.

Buhari said, “People come from far and wide; some from Victoria Island in Lagos have not even been to Ikeja. They now find themselves in Daura and other parts of the country.

“Whenever I go to my town, I get in touch with corps members; some of them from Lagos, some from Port Harcourt.”

They expressed “deepest gratitude” to Buhari for raising their monthly allowance.

The Federal Government recently added N13,200 to the allowance of corps members and commenced payment in January this year.

The government had explained that the raise was to bring the allowance to be in the same threshold with the new National Minimum Wage of N30,000.