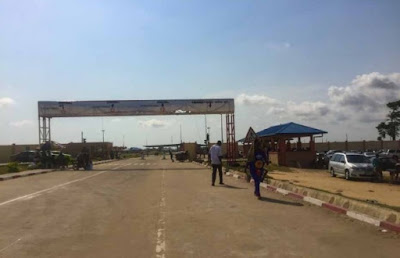 The Senator representing Ogun West Senatorial District at the National Assembly, Tolu Odebiyi, on Thursday, alleged that security agents were harassing and extorting money from his constituents.

Odebiyi said since the nation’s borders were closed on the orders of the President Muhammadu Buhari, there have been cases of alleged extortion and harassment of people residing in the border areas by some security agents.

Odebiyi in a statement made available to our correspondent in Abuja lamented that “the never-ending gestapo tactics of the security agents and the maltreatment are stifling economic growth in his constituency.”

He also said his constituents have been buying petrol at N400 per litre since the borders were closed.


The Senator noted that the continued closure of the borders had inflicted on the people so much hardship.

The local economy of the people had been terribly affected, and hitherto weakening the fragile economy in the border areas.

Odebiyi regretted that the gains achieved in the relationship between the security agents and host communities had been eroded.

He said, “While some of our security agents in the country have demonstrated a very high and commendable level of professional competence, unfortunately, the professional conduct and sense of commitment to duty of officers in the border areas should be called to question in the face of their inappropriate, unwholesome and unacceptable behaviour.

“This frequent harassment and extortion of citizens residing in the border areas are becoming unbearable.”

Odebiyi who is also the Vice Chairman, Senate Committee on the Federal Capital Territory,  said he has continuously expressed concern over the increasing harassment which has resulted in the collapse of economic activities and means of livelihood.

He said, “The legal cross-border businesses had suffered untold hardship and also been bedevilled by economic loss of huge magnitude”

“The affected communities are been harassed with impunity. The situation is getting out of hand.

“These security agents have obviously taken advantage of the policy restricting supply of petrol products to towns within 20 kilometres of the borders to unleash terror on the residents.

“The trend has gradually progressed from extortion to harassment.

“My people are on the receiving end of the brutality and inefficiency of the security agents in the border areas”.

“The security agents should undergo retraining and new orientation in modern law enforcement.

“Officers who engage in this outrageous behaviour should be severely dealt with and removed from the system.

“I also urge the Comptroller General of Nigeria Customs Service to immediately put a check or a halt on the illegal activities by the officers along the corridors of the Idiroko border.

“I have written a strongly worded letter to the CG to this effect,” the senator added.