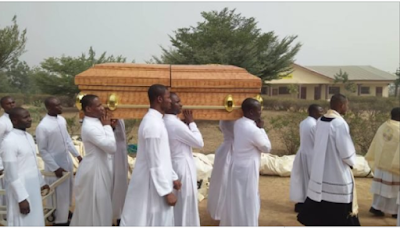 Catholic faithful and mourners, on Tuesday, turned out in their numbers for  the funeral mass of Michael Nnadi, a seminarian at the Good Shepherd Major Seminary, Kaduna, who was killed after spending three weeks in captivity.

The deceased was among the four students abducted when suspected Boko Haram insurgents invaded the seminary on January 9.

Nnadi’s remains were lowered at the seminary amid tears and anguish from those in attendance.

Below are pictures of the burial: 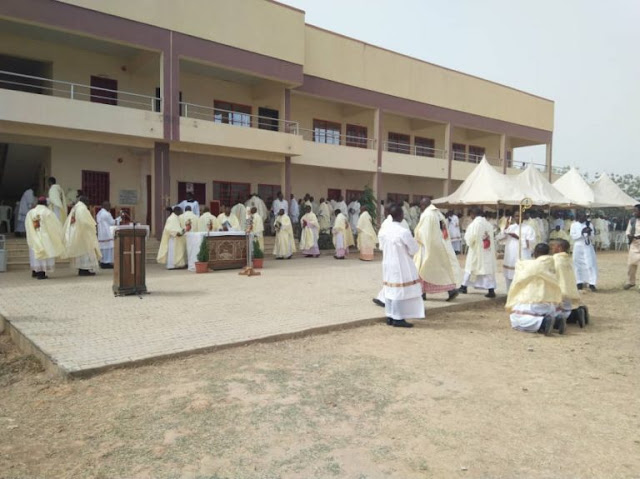 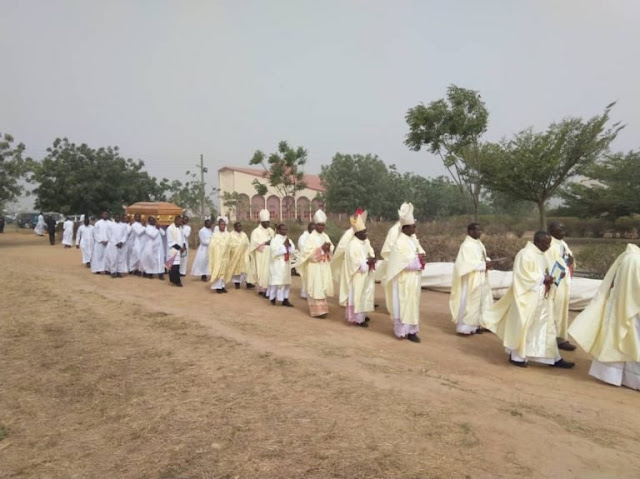 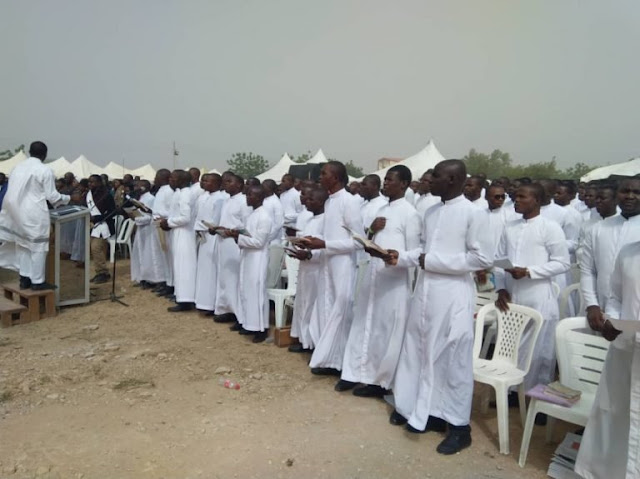 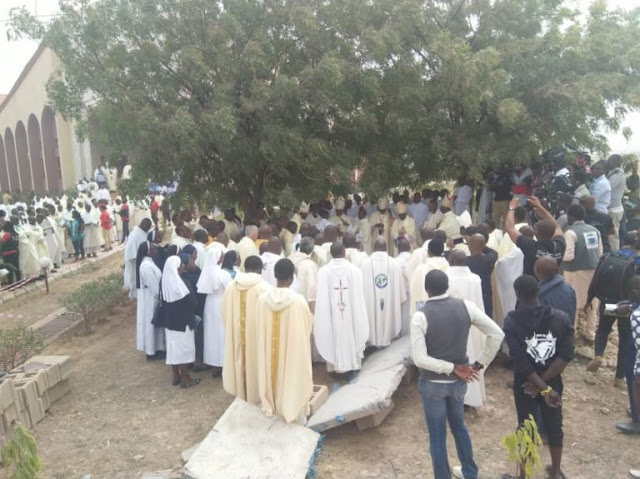