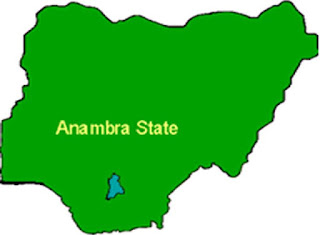 A Pastor, Richard Ifeanyi Obi, was on Friday found dead in his room in No. 5 Onuorah Street Amaenyi Awka, Anambra State.

The deceased was said to be in the town from Warri, Delta state to conduct prayers for a family when the incident took place.

It was gathered that the deceased was found lying lifeless where he was lodged.

He said: “One Ikechukwu Uchendu ‘m’ of No. 5 Onuorah Street Amaenyi Awka reported at the Central Police Station Awka that one Pastor Richard Ifeanyi Obi ‘m’ who came from Warri to perform family prayers in his house was found lying lifeless in the room he slept.

“Following the report, Police detectives attached to CPS Awka visited the scene, photographed the victim and rushed him to the hospital where he was certified dead by the medical doctor. Corpse deposited at Amaku hospital mortuary for autopsy.

In another development, a 36-year old man was arrested by over alleged murder.

The suspect, Evans Nsoani was said to have assaulted one Onyebuchi Ashiema over a “wrongly parked vehicle” on the highway.
The victim, who reportedly suffered severe beating from the suspect, was later confirmed dead after being rushed to the hospital.

Police PRO, who also confirmed the incident, said the corpse has been deposited at Dr Nlogha Memorial hospital Uwani, Enugu for autopsy.

“Suspect had on the 18/2/2020 at about 10:pm, allegedly assaulted one Onyebuchi Ashiema ‘m’ aged about 45years of Nsukka but resides at Ngo village Igboukwu in Anambra State over a “wrongly parked vehicle” on the highway.

“As a result, victim who allegedly suffered severe beating from the suspect was rushed to the hospital and later confirmed dead by a medical doctor.

“Postmortem examination revealed that victim died as a result of internal injury he sustained following the assault.”

Mohammed added that the suspect would be charged after investigations were concluded.