Okada and Keke ban is final, no going back - Lagos Governor 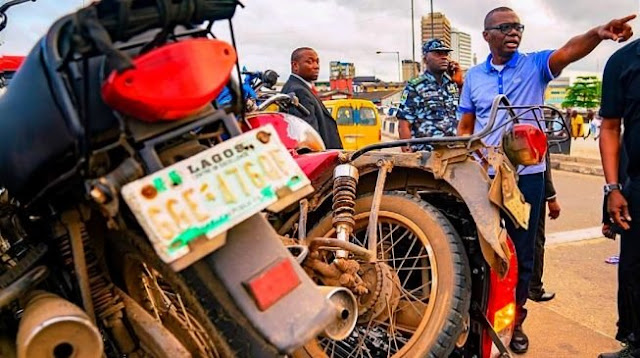 Governor Babajide Sanwo-Olu of Lagos State, yesterday, vowed not to reverse the ban on commercial motorcycles popularly known as “Okada” and tricycles, called Keke NAPEP, in some parts of the state.


The governor, who also launched Lagferry, operations mobile app, explained that the decision on the ban was for safety reasons. He said: “Let me tell you about the ban which we just enforced. We will sustain the ban on Okada and tricycles, mainly because of security and safety reasons. The security and safety of citizens are paramount to any government. As a responsible government, we will not fold our arms and allow any security breach in the state.

“We will continue to ensure the safety of our people on all fronts. There have been reports of serious security breaches and safety concerns in areas where these operators ply. We had to respond to these concerns because of life and safety matters to this government.”

Sanwo-Olu assured that before the end of the year the ferry boats would be increased to 30, adding that more than 500 buses would be injected into the state bus transport system to ease transportation problems.

He said: “The narrative of transportation in Lagos is about to change for good, as we are set to take advantage of the water bodies to decongest our roads and substantially reduce travel time for commuters.”