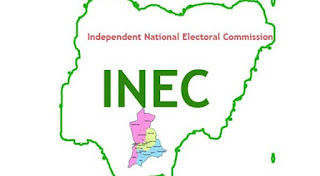 The National Youth Council of Nigeria (NYCN) has described the deregistration of 74 political parties by the Independent National Electoral Commission (INEC) as a good omen.

Mr Bestman Okereafor, NYCN’s National Public Relations Officer, said this in a statement made available to News Agency of Nigeria (NAN) in Enugu on Friday.

He said that INEC’s current position on the  state of some political parties was a good step, especially in preparation for the 2023 general elections.

“NYCN’s attention has been drawn to INEC’s decision to deregister 74 political parties and bringing the number down to 18.


“We consider this as a giant stride and a step in the right direction, it shows that the electoral commission is poised to do it well,” he said.

Okereafor congratulated the 18 political parties that survived INEC’s scrutiny, urging them to play their roles in the nation’s polity.

He said it was worrisome that most political parties were mere appendages of the major ones, saying, “they are silent and unable to check the activities of the major parties.”

“The NYCN congratulates the successful 18 political parties, we charge them to serve as checks to the policies of the ruling party,”